Greene residence gets noticed in the movies 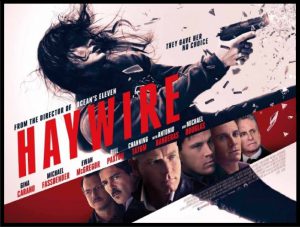 The climax of the recent movie “Haywire” took place at the Greene residence, which Archaeo Architects designed. Several movie critics have taken notice of the home featured in the film. Below are some quotes from those reviews:

At the end of filming, the director, Steven Soderbergh, told the owners, Steve and Ann Greene, “You are going to like your house in this movie.  Your house is a character in this movie!”

Archaeo Architects is a firm located in Santa Fe, New Mexico doing award-winning work throughout the region. The office has received 18 awards from the American Institute of Architects in the past several years. We are a company that focuses on very few projects for which we provide personalized superior services to residential and commercial clients. Specializing in Southwestern Architecture.