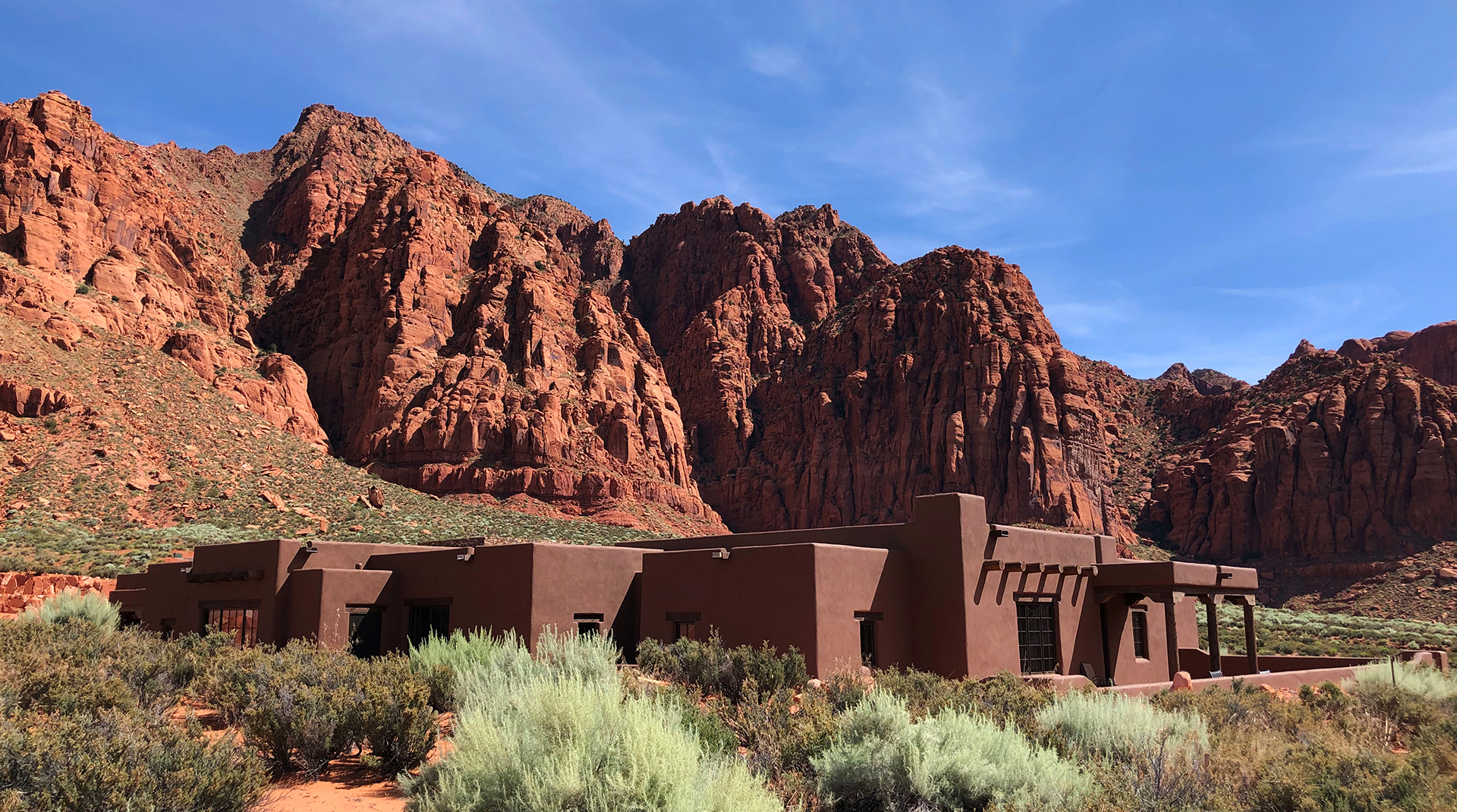 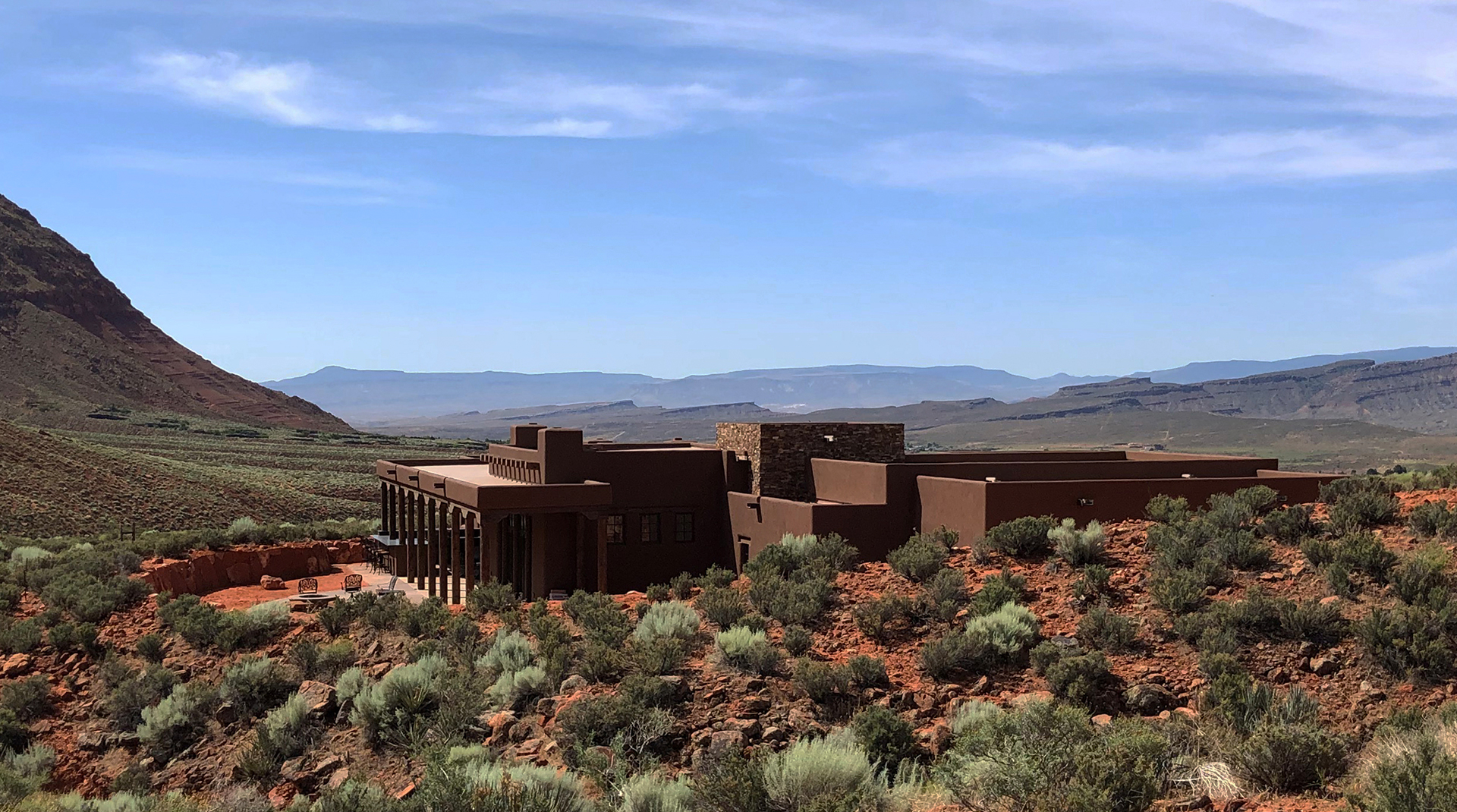 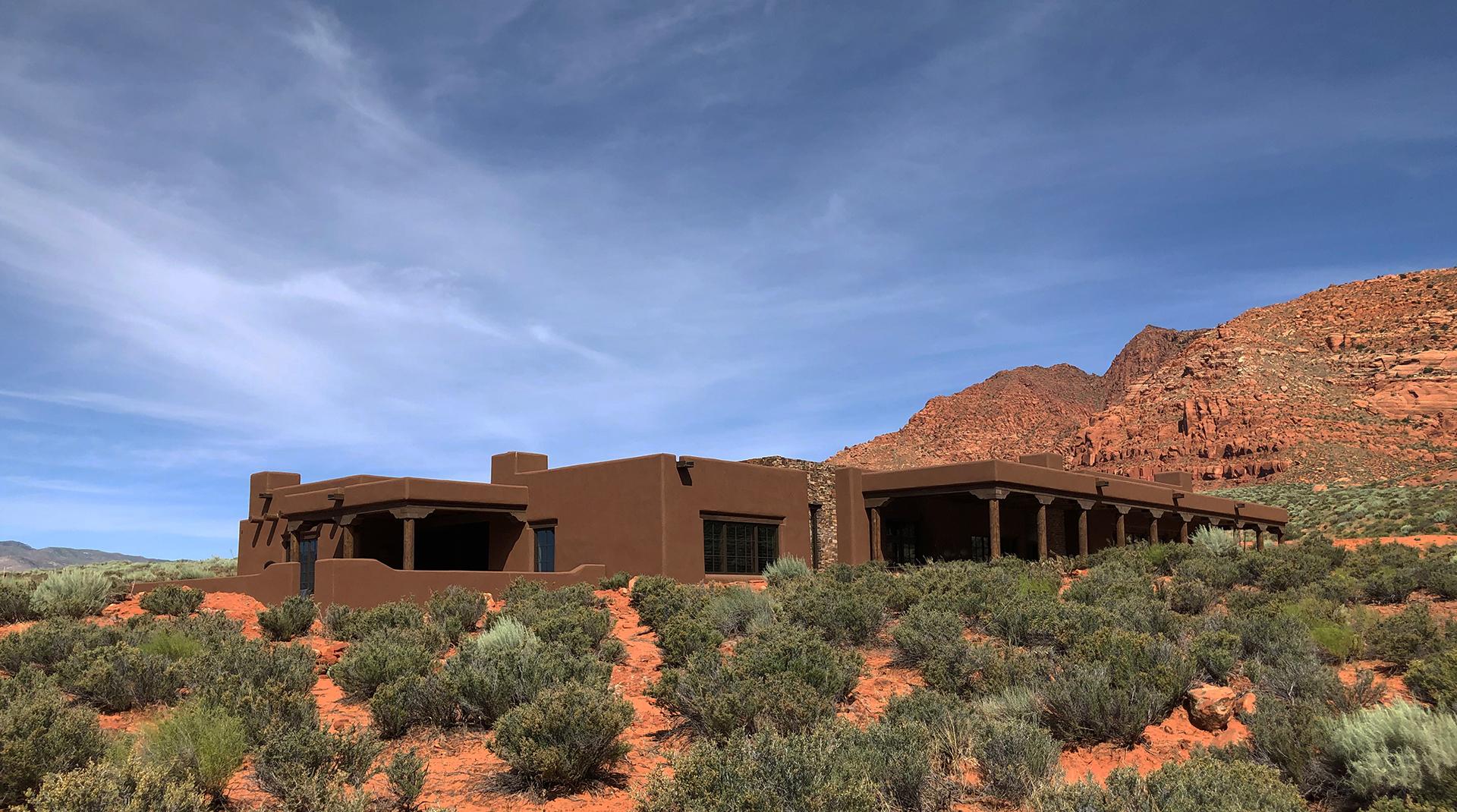 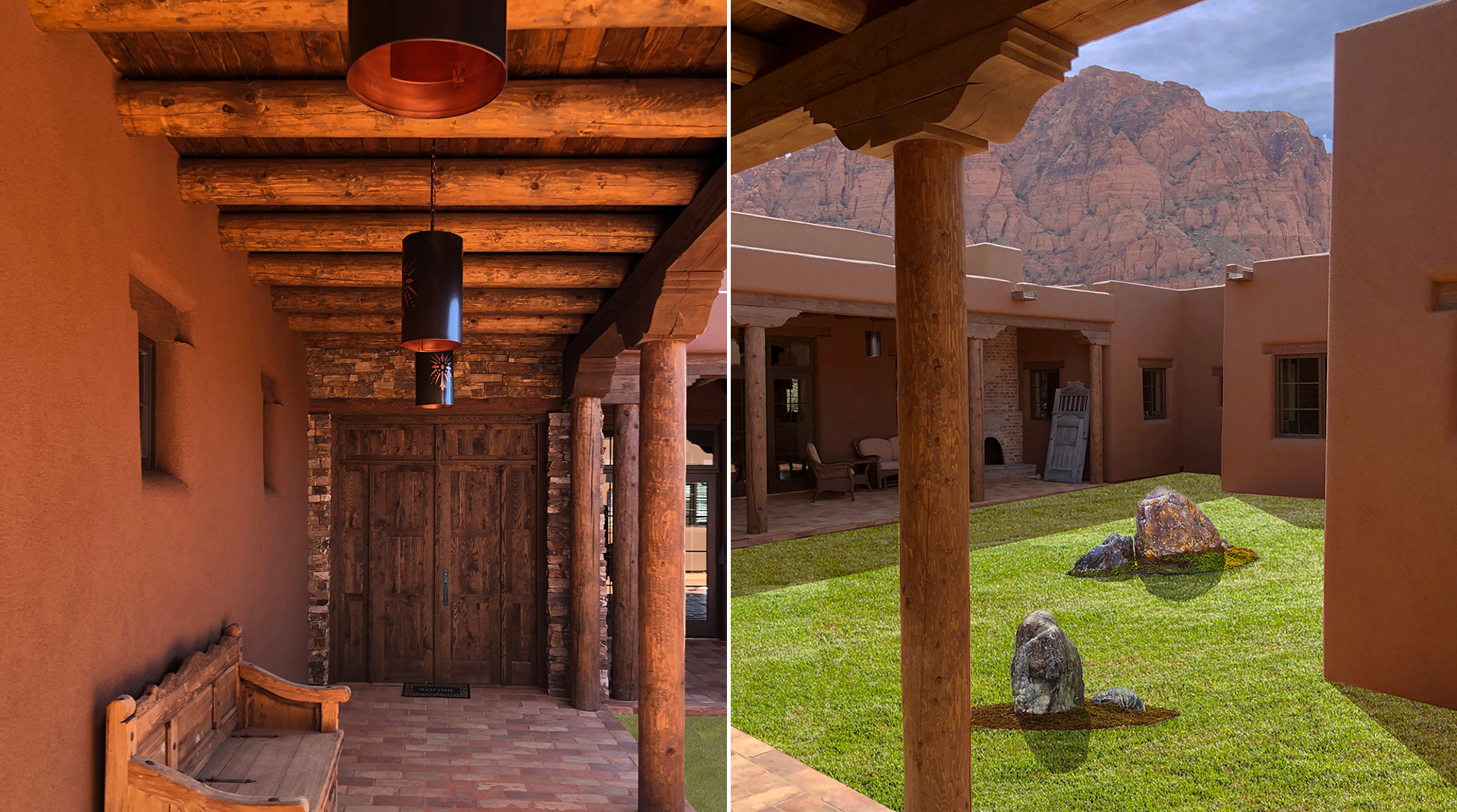 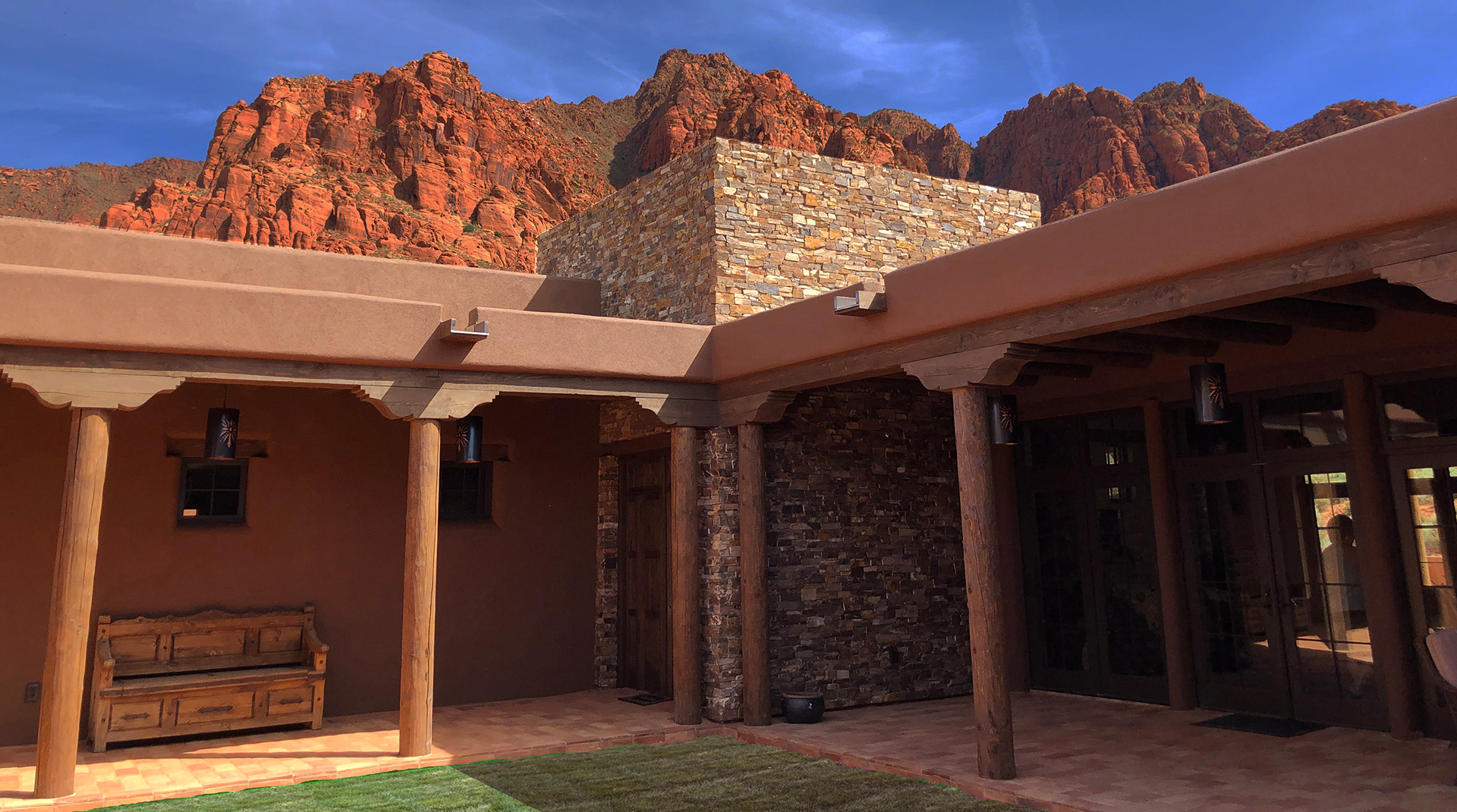 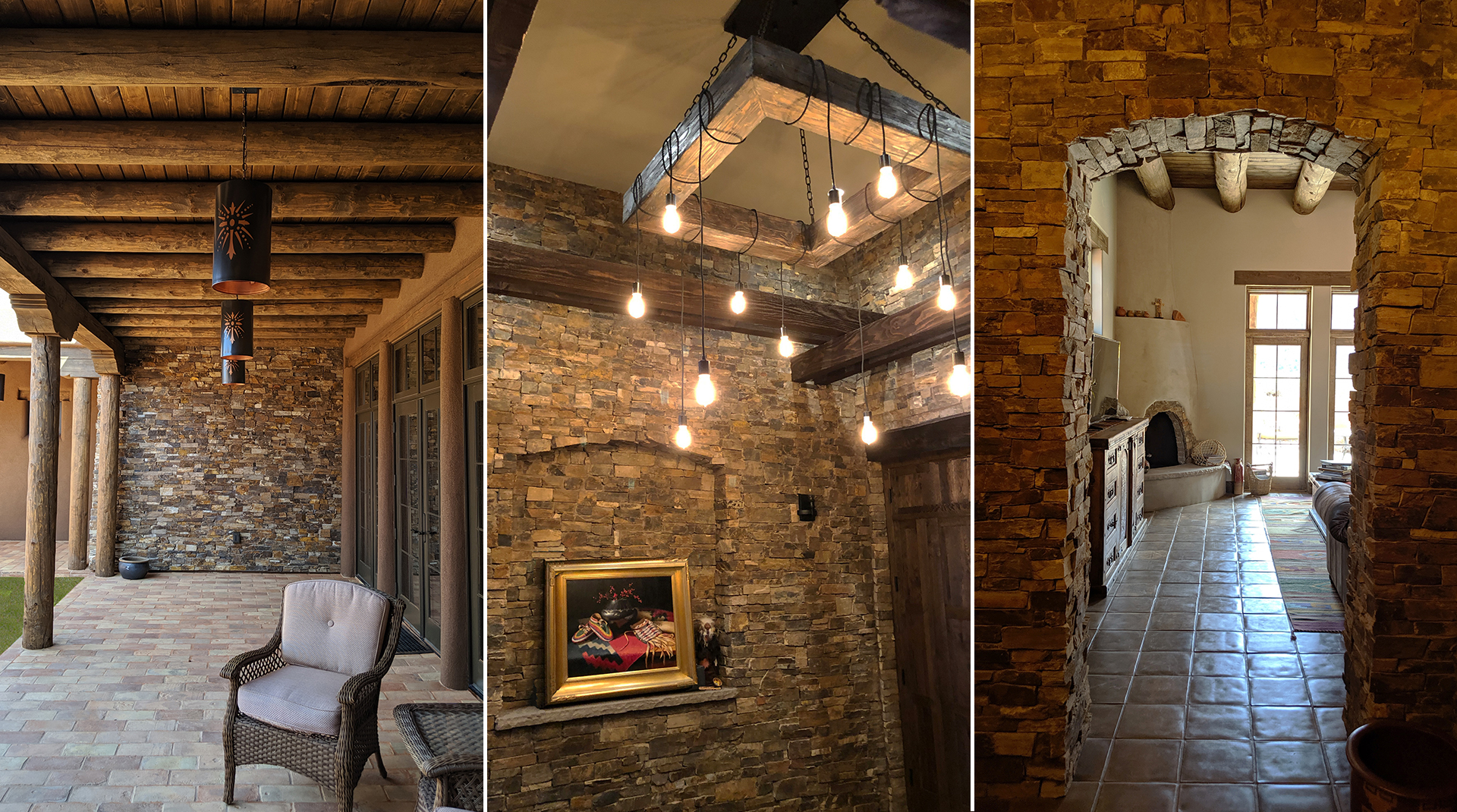 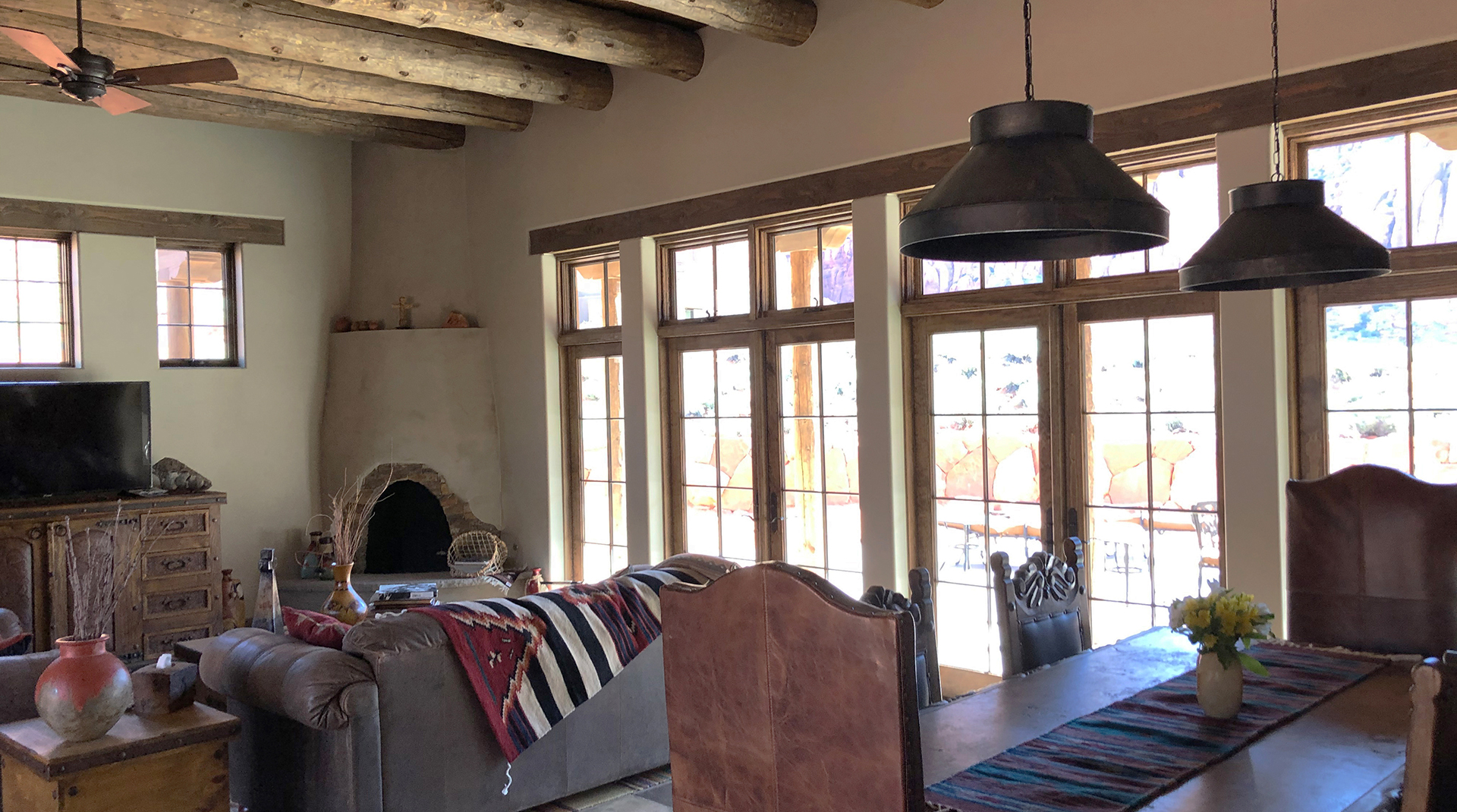 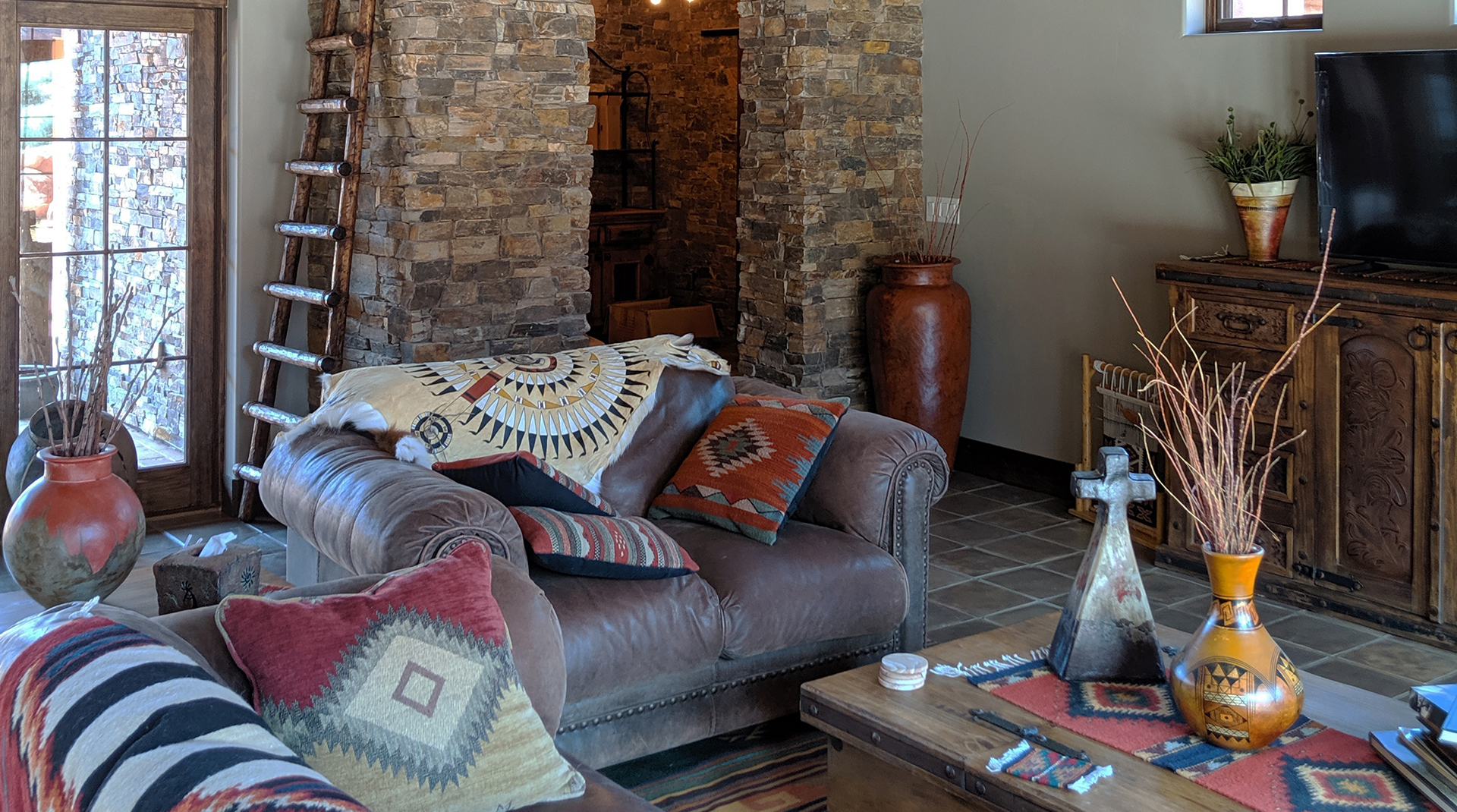 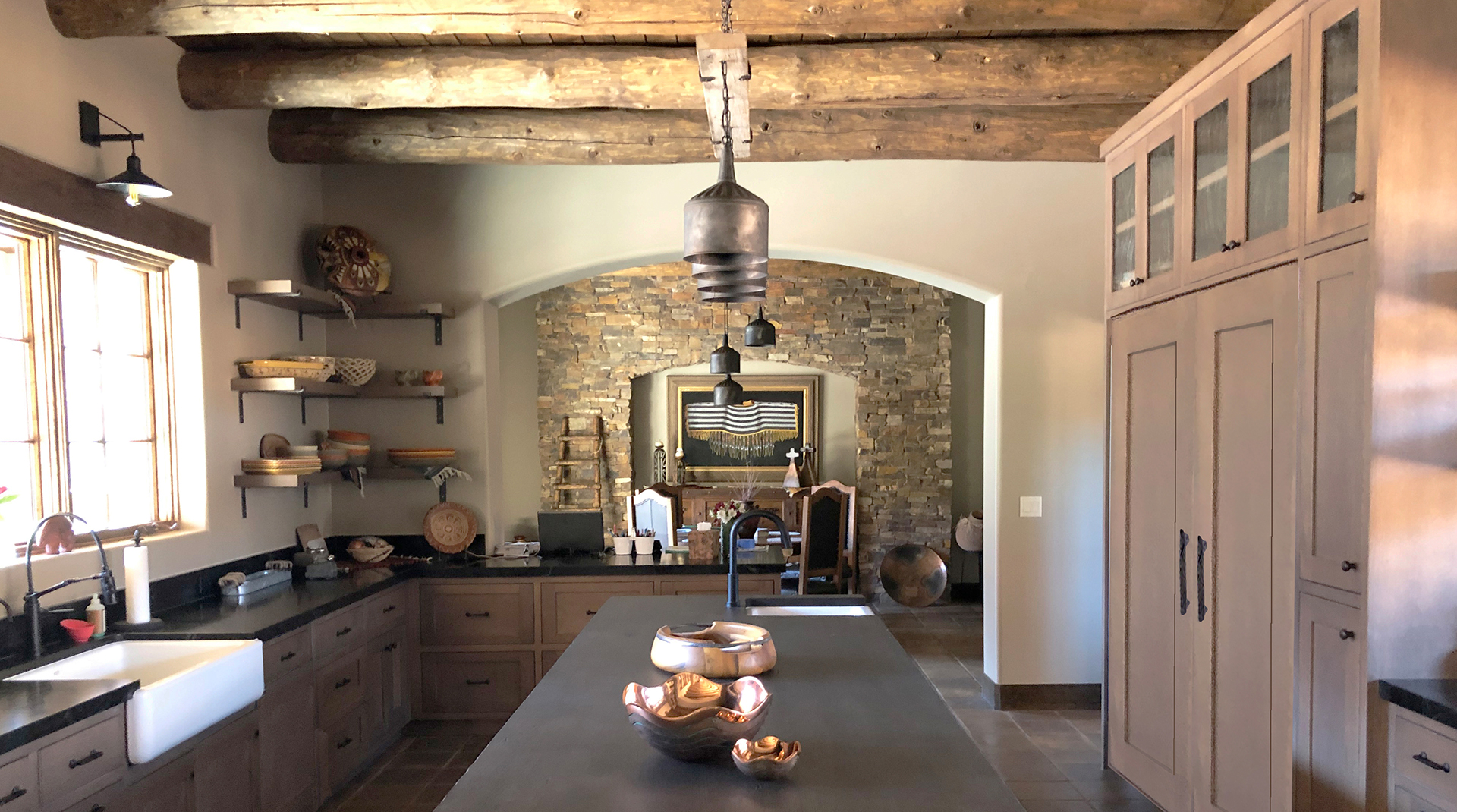 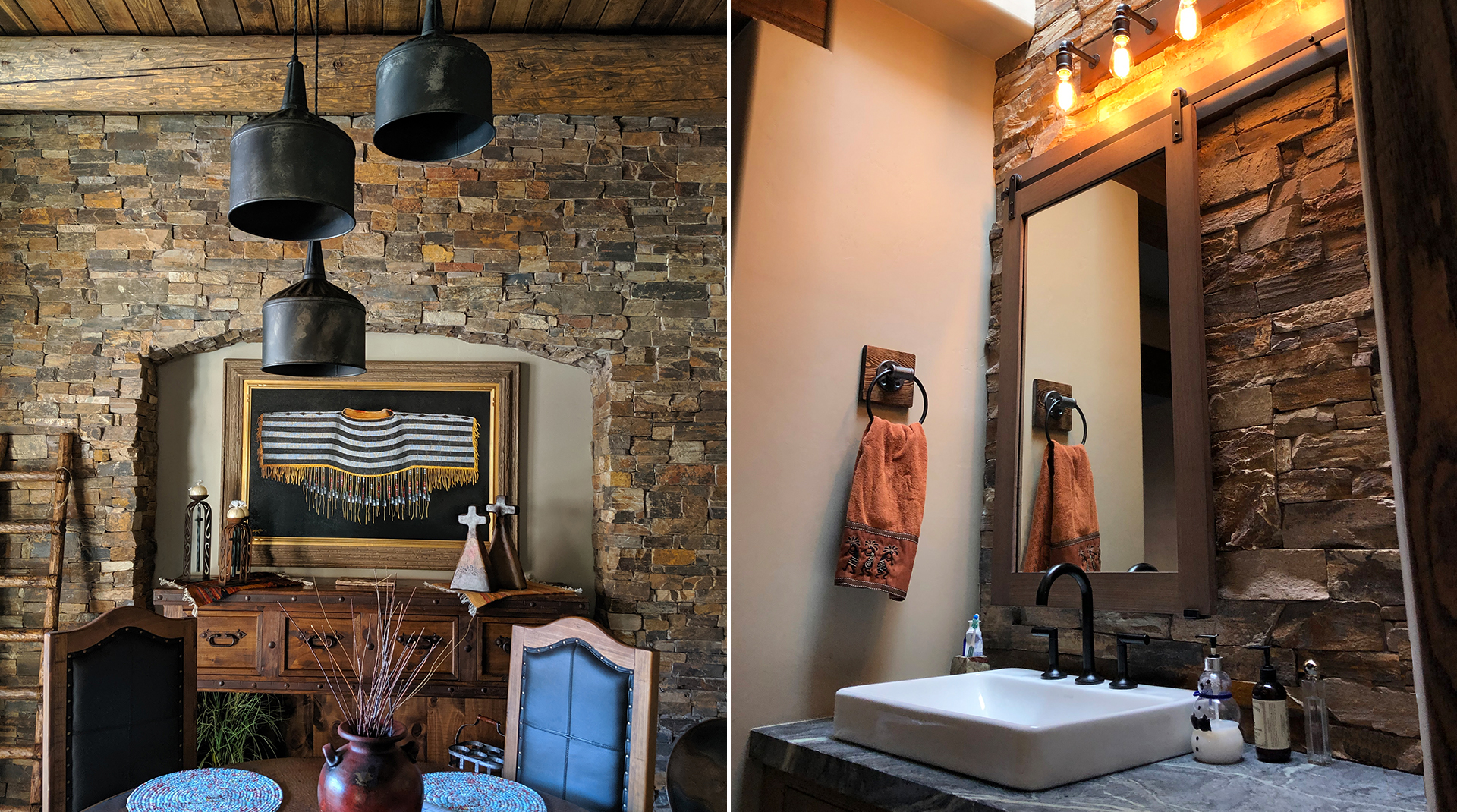 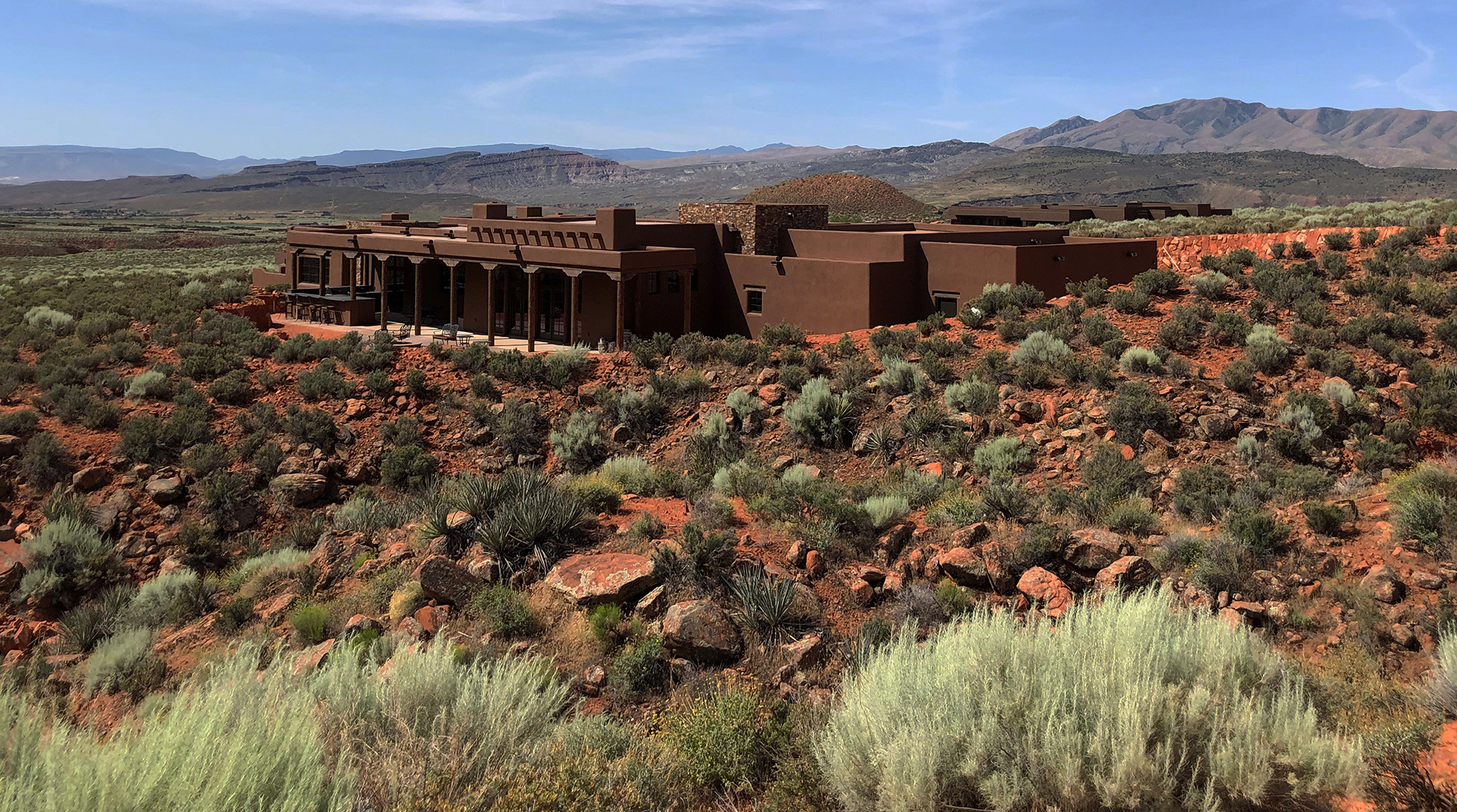 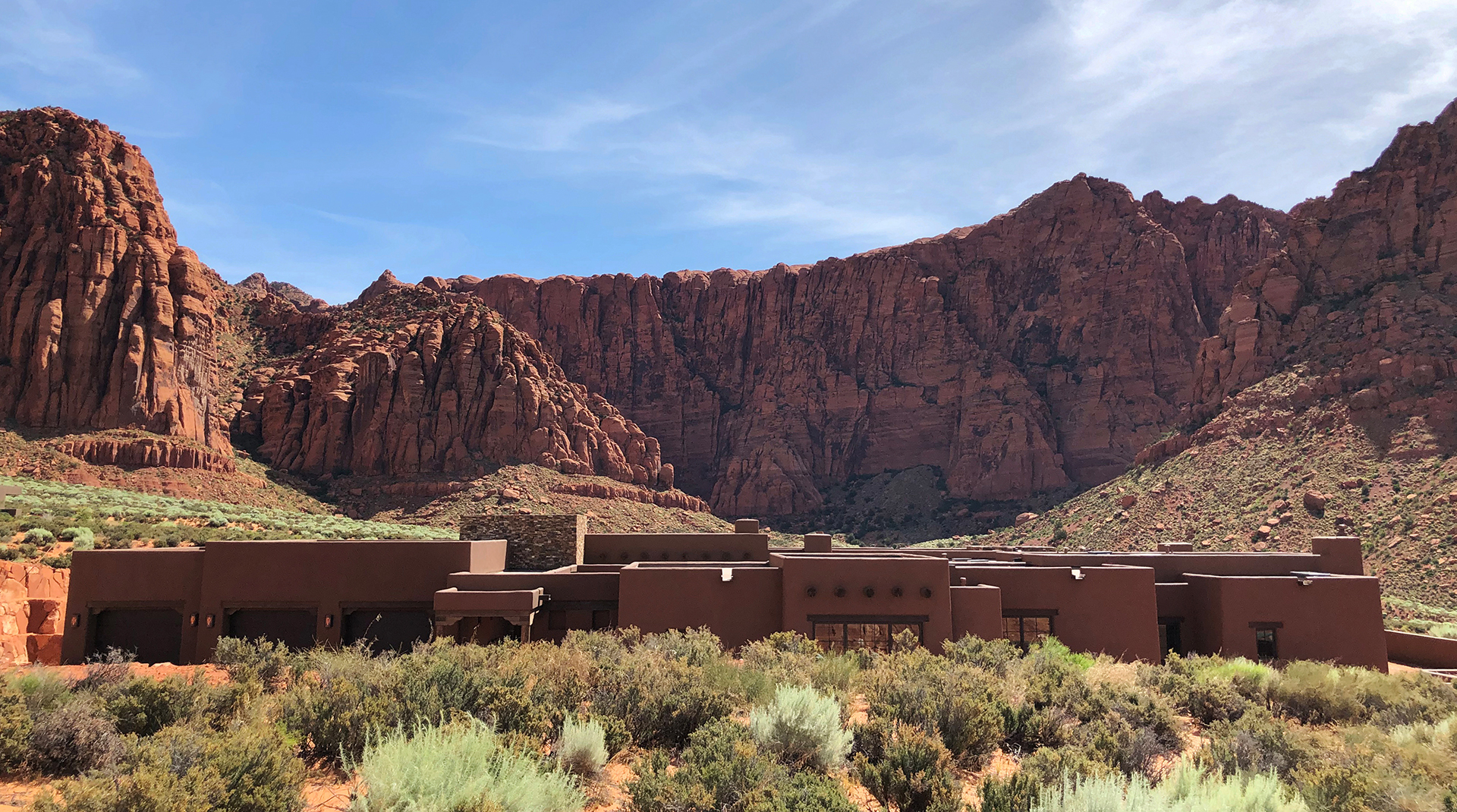 We were commissioned to design this home for another breathtaking property in the red rock area of southwest Utah. As with the first house we designed for this region, these clients requested a design founded on the Spanish Pueblo Revival vernacular – replete with divided light windows and doors, wood columns and vigas, and distinct battered wall massings anchored within the landscape.

Given the location of this particular site, our clients very much desired capturing the stunning views of the red cliffs from all primary spaces.

At the same time, they also wanted the house to be organized around a traditional private, central courtyard that would serve as a serene oasis surrounded by the simple rectilinear volumes defining the house.

The various masses used in the design also serve to define the various functions within the house – distinct separation of private and public areas for the owners augmented by an attached guest wing served by its own entrance.

Ultimately, all of these components have been utilized to create a quiet, modern hacienda founded on the indelible principals of the classic Spanish Pueblo revival aesthetic.